You are here: Home › Blog › Is your ship future-proof?

Is your ship future-proof? 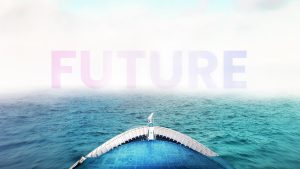 From business as usual to business unusual

Traditionally in the shipping business, technology development and adaptation have been steady and incremental. The markets have preferred proven solutions and compliance at the lowest costs, and as a result the uptake of new technologies and alternative fuels has been relatively slow.

This status quo seems to be coming to an end in the years to come.

IMO’s ambitious GHG strategy means massive emission reductions need to be achieved during the next decades. This will require the industry to take more radical actions in the implementation of new technologies and alternative fuels.

Up to now, the GHG-related regulations have not been retroactive. This might also change in the future as the global fleet emission reduction targets might not be within reach without measures also aimed at the existing fleet. The ongoing EEXI discussion in MEPC is one of the examples of what may lie ahead.

These uncertainties have made many shipowners both concerned about the future of their existing fleet and cautious about their investments before there is clarity on future requirements. CO2 has created risks that can relate not only to regulations but also charter contracts and to the financing of new ships. Theoretically speaking, there is a risk that the vessels that were built quite recently will have a lot shorter lifetime than expected, or at least require a costly modification to remain competitive in the market.

The other side of the coin is that CO2 may become a differentiator in the markets and provide opportunities for those who are able to turn it into competitive advantage.

For the shipping industry, the situation is now very challenging. It seems that any single technology available today alone seems not be the holy grail to meet the industry’s long-term targets. At least not in such a way that full implementation would be fully commercially viable today across the different already existing fleets.

Consequently, it also seems likely that, in the journey towards carbon neutral shipping, the industry will largely have to rely on various bridging solutions for quite some time, for example fuel-flexible solutions that can facilitate the transition from traditional fuels, via lower carbon footprint fuels, eventually to the carbon-neutral alternative.

No matter what regulatory scenario of the future one might believe in, it is obvious that, to remain competitive, the vessels of the future need to be more flexible to adapt to increasingly rapidly changing market conditions.

It is also important to remember that future is not only about challenges around GHG and fuels. With the rapid development of technologies, there will always be opportunities for those who are prepared to take advantage of what is available.

For example, developments in digitalisation and electrification are providing new opportunities at an increasing pace. Digitalisation can provide aids for decarbonisation, for example by reducing a ship’s energy consumption and improving utilisation by optimising the entire logistics chain. It may also bring disruption to some sectors in the future by enabling vessels to sail with a reduced crew or even without onboard manning. Many of the shipowners today are also implementing battery installations, and at the same time making provisions for increasing battery capacity at a later stage once the technology has been developed.

Ideally, a vessel designed today should be “future-proofed”; designed with resilience against the most probable future challenges and capable of adapting to the identified opportunities that will be enabled in the years to come.

Future-proofing requires the industry to start thinking in a new way. Technology adaptation can no longer be seen as one-off special projects, which are mass-executed rapidly when required, in shipping typically just ahead of the entry into force of a new regulation. Technology adaptation should be rather a strategic and continuous process that can adapt itself to the expected future requirements of the business. The ship should be designed in such a way that it can accommodate this process to an extent that is technically and economically feasible and seen as probable during its life cycle.

This of course, is easier said than done.

Architecting for the future

Ship design plays an important role in the GHG challenge. From a performance point of view, there has been a gradual development over the past decades where, for example, the propulsion power requirements have decreased at about 1% per year pace merely due to more sophisticated design and analysis tools and to increased industry focus on these issues. However, gaining an extra percentage point in hydrodynamics is becoming increasingly difficult due to physical constraints. Also, even if the trend continues, this will not be enough to reach the future targets.

This means that the industry will need to “stop copying” and incrementally developing the existing designs. To design a vessel that will perform throughout its operational life, one must consider that the coming decades will be a transition era towards carbon-neutral shipping, and many other technological boundary conditions will also be likely to change.

Approaching the design from this angle can be called future-proofing; identification of the potential changes over the asset’s lifetime and having necessary plans and preparations to deal with the most significant risks and opportunities.

Future-proofing a ship design is a real ‘curveball’ for the naval architect so it requires a clear context and process to be able to manage it successfully. The designer and ship owner should first systematically evaluate the contexts of the future-proofing. While decarbonisation is the most obvious context, a holistic future-proofing exercise should not just limit itself to that. Future-proofing aspects could be examined from various contexts including trends in business requirements, upcoming rules and regulations and technological developments.

One very simple example of future-proofing that has already been well-known in the industry for a long time is design for ship lengthening. This means that the vessel structure has been designed and built in a way that the lengthening process can be done easily, maybe at the mid-life of the vessel. It requires little investment and compromise on the structural side, but pays off in the form of saved money and drydocking time if the conversion is done, for example, due to a need for a higher or different type of capacity during the ship’s lifetime. The question to be answered is whether investing the money already when building the vessel is justified considering the probability and time horizon of such an upgrade. The answer may be yes or no, depending on the strategy of the owner. However, having a ready-calculated price tag estimate for such a provision before the vessel specification has been finalised, makes decision-making a lot easier.

Future technology implementations, or fuel conversions, can in principle be approached in a similar manner. Make an estimate of the ship design implications of the future modification and estimate the difference in price and vessel performance. Finally, based on the probability of the need for such modification, decide whether preparations should already be made at the design stage or not.

Another example of this could be to design the ship’s control systems, automation and connectivity to allow later upgrade for remote control from shore for some of the onboard functions. Particularly for the offshore industry where the crew cost consists a big part of the OPEX, introducing this kind of operation might disrupt the competition one day. Unless the control architecture is designed to accommodate such an upgrade, the conversion might just be unpractical and too expensive to do at a later stage.

Future-proofing, like all aspects of ship design, is traditionally iterative and the level of detail increases with the number of iteration rounds. This creates a challenge because it has often been difficult to explore the practicality of interlinked design criteria variations and draw conclusions about the actual practicality before the design has sufficiently matured. Concept design is also often time- and budget-constrained, which again often leads to the examination of only a few variations, if any.

At Deltamarin, we have noticed the importance of being able to quickly examine different options and scenarios early in the design process while maintaining reasonable technical accuracy. Consequently, we have invested a significant part of our R&D efforts in developing our digital toolkit which can, among other things, facilitate “future-proofing” studies which can be used as a basis for decision-making for the fundamentals of a ship project.

Tools are an enabler, but it is obvious that a design tool makes no difference without competent personnel and seamless collaboration with the customer. The lessons learned from our recent customer projects have acted as an inspiration to develop these tools to be able to answer the difficult questions that have been asked by customers during the design and engineering processes.

We have had the privilege of working with the industry’s most forward-thinking customers who have encouraged us to challenge the traditional way of approaching a design project. The focus can no longer be only on short-term gains. This still does not mean, however, that the vessel will not already be required to be competitive in all aspects today.

During the coming weeks and months, we will release articles and case studies about our experiences and approach to future-proofing ship design. This will include insights into the customer benefits of our new toolkit, including DeltaWay, DeltaSeas and DeltaKey.

The vessels designed and built today will be sailing through the techno-ecological transition era of the next decades. It’s the right time to start thinking in a new way.

While you are here, have a look at our previously published blogs as well.